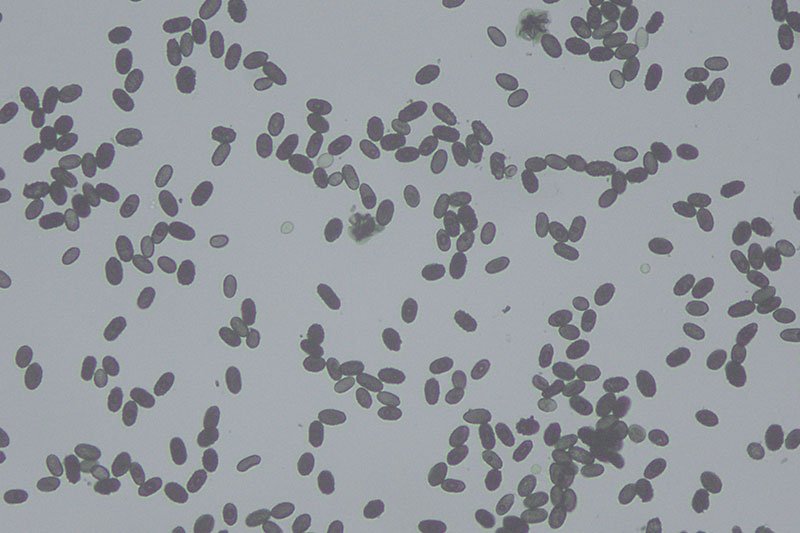 Bulk samples: A piece of the sampled area is physically removed and sent to a mold testing laboratory.

Swab samples: A cotton swab is rubbed across the area being sampled, often in a measured area, and sent to a mold testing laboratory.

Tape samples: A piece of clear tape is pressed against and removed from the area being sampled, presumably picking up and removing part of any mold that was present on the surface, and then sent to a mold testing laboratory for analysis.

Air samples can be taken and analyzed in a variety of ways. The most common method uses a “spore trap” which is a Air-O-Cell.”

Spore traps work by having a known volume of air flowing through a Air-O-Cell and impacting a sticky surface. Most of the particles in the air impact this sticky surface and consequently adhere to, and are captured by it. Mold spores comprise a subset of these ‘particles in the air’ and also are captured on the sticky medium inside the spore trap.

When the spore trap is sent to the laboratory for analysis, the lab technician opens the spore trap, applies some stains to the sticky surface that the mold spores can absorb, and then identifies and quantifies the types of mold spores captured during sampling.

There are other methods of mold sampling, including culturing or growing the mold spores captured from the air, but these methods are less commonly used.

MVOCs are produced during the metabolic or digestive processes of molds and therefore can be used as an indicator of actively growing mold.

When mold is in an inactive or dormant state it does not produce many MVOCs and thus cannot be used as an indicator.

4) Agar Plates (Petri dish with a type of Media) 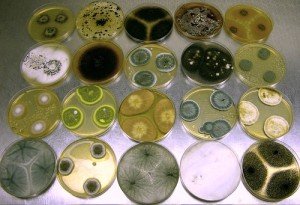 Agar Plates is a commonly used media for isolating fungi in homes. This media will grow a wide array of fungi to help identify the type of mold in the air

A single stage bioaerosol impaction sampler for airborne mold and fungi. A aluminum cylinder that has a top inlet “cone,” a sampling head impactor that contains over 400 precision drilled holes and a base section for placement of the agar media.

When air is drawn in through the sampler, over 400 jets of air direct any airborne particles toward the surface of the agar plate. A suction pump is connected to the top inlet and a known amount of air is sucked through the system, then the Agar media is sent to the lab.